The envelope of air that surrounds the earth is known as atmosphere. Atmosphere is essential for life on earth. It protects us and all living organism from harmful radiations of the sun like ultraviolet rays.

Atmosphere is divided into different layers according to temperature, pressure variation and composition. The main layers of the atmosphere from the surface of earth upward are: 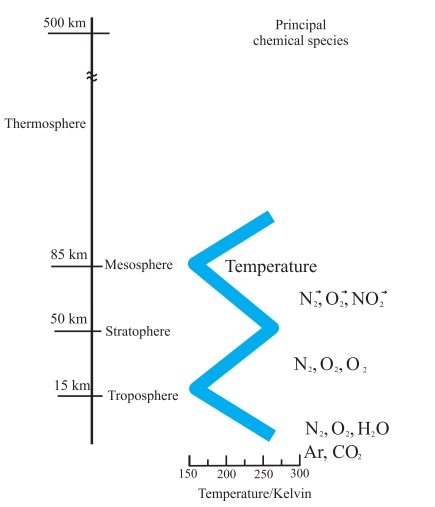 Aquatic animals use dissolved air in water for respiration. Plants and animals depend on each other for exchange of oxygen and carbon dioxide from air.