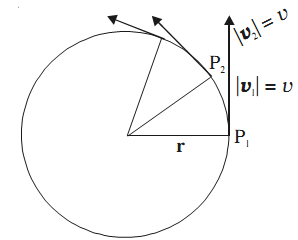 The acceleration of a particle in uniform circular motion is termed as centripetal acceleration.

Consider a particle of mass m moving with a uniform speed v in a circle. Suppose at any instant its position is at A and its motion is directed along AX. After a small time ∆t, the particle reaches B and its velocity is represented by the tangent at B directed along BY. 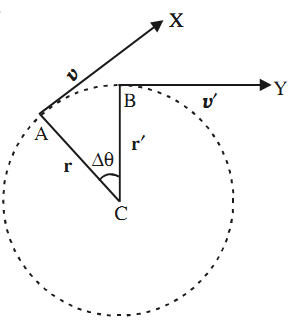 Some minimum centripetal force has to be applied on a body to make it move in a circular path. In the absence of such a force, the body will move in a straight line path.

The net external force directed towards the centre of the circle is called centripetal force.